Erosion is a natural process through which soil moves. The rate and scale of erosion is typically driven by local geology, topography, vegetation, climate and weather. In post-fire situations, the loss of soil stabilizing roots and vegetative cover often accelerate the rate of erosion, which can sometimes lead to debris flows and flooding. Not only can erosion happen immediately after fire, it can continue over several years as root systems of burnt vegetation decay.

Erosion areas - In general, all drainages in steep, hilly areas are especially vulnerable after a wildfire. Areas burned at moderate to high severity are of greatest concern due to lack of cover and the development of water repellent layers. Even areas with low erosion hazard ratings can experience rill and gully erosion if there is a lack of vegetation or if exposed to a high intensity storm. 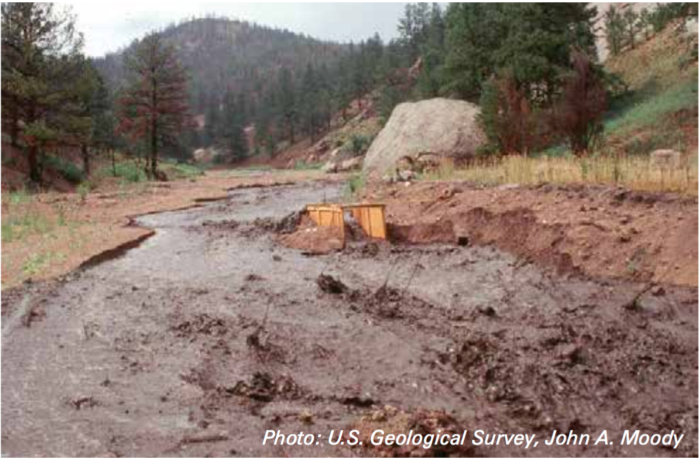 Debris flows and avalanches are dramatic forms of erosion that can deliver huge amounts of sediment and debris downslope. Surface erosion can also occur and result in gradual loss of soil as well as declines in water quality. If you live on or near a slope, in a draw or ravine, or along a stream or river, you need to be aware of the extent of wildfire damage upslope or upstream. If most or all of the vegetation has been burned off of these areas, the chance for erosion is significantly greater and can result in mass movements of soil and water downhill or downstream from the damaged areas. 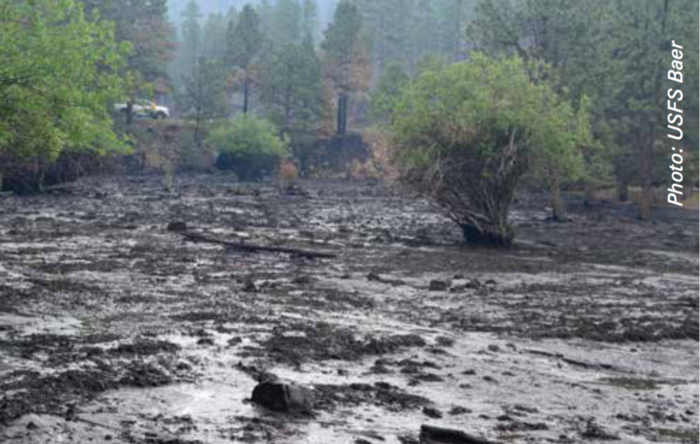 Addressing the Impacts of Wildfire on Water Resources is necessary in maintaining the health and vigor of the local rivers and streams. Understand how Wildfire and Its Effects on Streams and Rivers can severely impact local watersheds and ecosystems are another important step in addressing and combating wildfires. 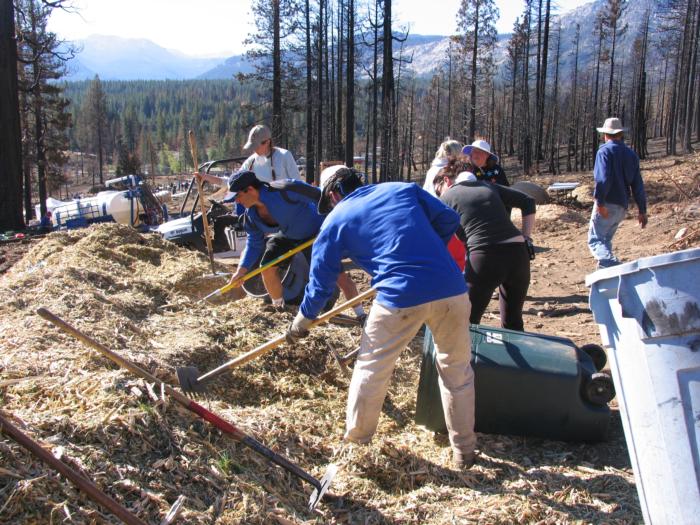 If tackled soon enough, it is possible to drastically minimize the negative impacts of erosion. There are several common methods of controlling erosion: